SUG PRESIDENT AND 4 OTHER EXCOS RUSTICATED IN UNIBEN

For leading a protest against increase in school fees in the institution, the Senate of the University of Benin yesterday announced the rustication five of its students. 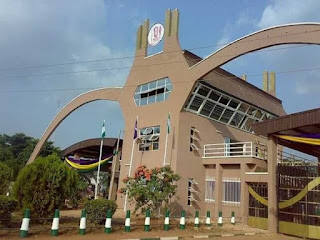 The Senate of University of Benin in a circular that went round the school earlier today has Rusticated the Student Union Government’s President, Ogbidi Osemudiamen also known as Osemu.com for 1year, the PRO, Goodnews Ehiabhi for 2 years, Jistis Aidenagbon, Innocent Momodu,  and Benjamin Majekodunmi.
On November last year, the leadership of Uninen SUG led other students to stage a peaceful protest after the school management increased various fees.
Whole three of the students were rusticated for one academic session, two of them are to remain at home for two academic session.The affected students were also barred from holding any office in the campus or participate in student union activities.According to a statement issued by the university press, they were rusticated after they had faced the Students’ Disciplinary Committee.

The statement added that the protest organised by the SUG executives was meant to disrupt the 47th Founders Day lecture and 43rd Convocation ceremony of the institution.
However, some of the executive members escaped the hammer having been exonerated by the Senate.
They are Goodluck Aregbor, Miss Gory Charles, Mr. Eriamiatoe Austin Odia, Mr. Sylvester Asebofuh, Mr. Prince Imonitie, and Mr. Edward Evbuomwan Eguavoen.Against this backdrop, the Vice President of SUG, Miss Frances Ifeoma Okogwa is to act pending when election would be conducted.

Public Relations Officer (PRO) of UNIBEN, Mr. Michael Osasuyi, said the students were rusticated because the university is to train students in learning and character.According to him, any student that broke the law would be made to face the consequences.

Posted by Nigerianschoolnews at 02:49 No comments:

The National Association of Nigerian Students (NANS) has appealed to the Federal Government to intervene in the ongoing strike embarked by the Joint Action Committee(JAC) of the Non-academic staff union of Nigerian universities. 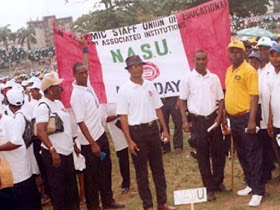 Mr Aruna Kadiri, NANS President made the appealed at a news conference on Monday in Abuja.
The associations that make up JAC include the Non-Academic Staff Union of Educational and Associated Institutions (NASU), National Association of Academic Technologists (NAAT), and the Senior Staff Association of Nigerian Universities (SSANU).

The unions embarked on an Indefinite nationwide strike on Dec 10, 2017 over non-implementation of agreement entered with the Federal Government in 2009 and 2017.
We are urging the Federal Government as a matter of urgency within 14 DAYS to do the needful for JAC (SSASNU, NASU and NAAT) to suspend the industrial action. Failure to comply with our demands will lead to mass mobilisation of Nigerian students and union leaders to occupy the streets of Abuja.
Posted by Nigerianschoolnews at 22:27 No comments:

NASU Strike: Why they missed the point – ASUU

Interviews •
ASUU , Dr. Aniekan Sampson...
• February 2, 2018
Dr. Aniekan Sampson Brown is the dean students Affairs of the University of Uyo and immediate past chairman of Academic Staff Union of Universities (ASUU) University of Uyo, chapter. Before he bowed out as chairman last week, he spoke to the newsmen on the current strike embarked upon by the Non Academic Staff Union of Universities (NASU), maintaining that NASU has no basis to go on strike. ESSEH IKORA presents the excerpts:
Lectures are ongoing while NASU is on strike, one would have thought that ASUU in the spirit of unionism would join in the strike, what is the position of ASUU?
As lecturers in the university system, our job is to teach the students, that is what we are doing. We have access to learning and teaching materials. We have access to the keys. We have taken up our responsibilities, just to get our own job done. We are not NASU. We are not on strike. We are not sure of why NASU are on strike, otherwise we would have joined in the strike in the spirit of unionism. In the campus you hear of JAC (Joint Action Committee) which is made up of Senior Staff Association of Nigeria Universities (SSANU), Non- Academic Senior Staff Union of Universities (NASU), and the National Association of Academic Technologists (NAAT) you will not have ASUU there. There are some dichotomies that have been factored into the strike. ASSU is an organized labour union. The concept of sympathy strike, we have to be informed. We operate as a union. The directive to go on strike has to come from the headquarters of our union. As we speak, JAC is on strike not ASUU. I don’t know the basis of the strike. You have some of them saying that they are obvious of the fact that they are working in the same with ASSU why should the government give them certain amount of money without giving them same. As Chairman of ASUU I cannot tell you why they are on strike. Normally, when ASUU embarks on strike action, we do our own best to communicate with the other unions.

ARE YOU A STUDENT OR ASPIRANT WHO WOULD LOVE TO ACT
START YOUR ACTING CAREER AS AN EXTRA AND START EARNING
CLICK:  http://bountycpa.go2cloud.org/SH6zR

One of the Complaints is that their members are not paid Earned allowance, what is Earned Allowance and who is qualified to earn it?
The basis of Earned Academic Allowance is predicated on been earned. That means it is not for everybody, not all academic staff earn it, you must be able to earn it. For instance, teaching services allowance, supervision allowance and excess work allowance among others. The excess work allowance is computed in the instance of the credit hours you teach. The number of students you teach, the number of lecturers who participated in the teaching, determines it. Earned Allowance varies from department to department, faculty to faculty. It is possible to have people who are professors in the university, yet, they didn’t earn it, yet they have not withdrawn their services.
Another form of earned allowance is the responsibility allowance. If you are one of those you are not entitled to earn it. It is not a general allowance and people must prove where it is earned. If you are teaching two students for instance, you are not entitled to earn any excess allowance because you are not doing any excess work. Every additional student to the programme, the government pays the lecturer excess allowance as agreed to by the Federal Government in 2009 agreement. That is where NASU has missed it. As Chairman of ASUU, I know of professors who merely work, they are not factored into earned which NASU is compelling the government to pay because they don’t merit it.
Sir, why the disparity?
Government pays members of JAC overtime allowances and no ASUU member is complaining. Our union is that of intellectual, we run along with extended agreement and principles.
What is your advice to the Federal government?
It is a decision on the realities of public universities. Public universities the world over you will agree with me that, beyond academic staff in the university, others are support staff. I will want government to stand up with the height of responsibility to let Nigerians know the context of university system, and on that note it would shock you that as we speak academic staff are not paid hazard allowance but NASU members are been paid hazard into our agreement of 2009 we don’t bother. Government should take the responsibility by letting the system know how the system should run.

Posted by Nigerianschoolnews at 11:33 No comments: 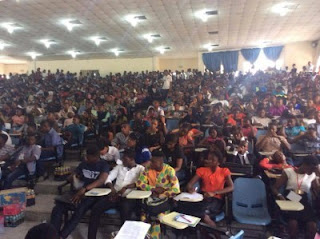 This is to inform the new students of University of Nigeria Nsukka (UNN) and the entire University Community that the 44th Matriculation Ceremony of the University  for 2017/2018 academic session has been announced. The Matriculation Ceremony will take place on Saturday, February 10, 2018 in various Faculties at all the Campuses of the University. This will make all new student full members of the University.
Posted by Nigerianschoolnews at 04:34 No comments:

Posted by Nigerianschoolnews at 04:15 No comments:

5 Important Things You Need To Know About JAMB 2018 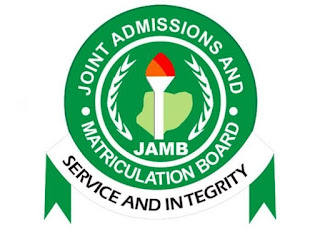 JAMB 2018 process is ongoing, the registration which began on 6th of December will be closing by 6th February.

2) Mistake in JAMB registration
in case of mistake/loss of profile: to correct error in name send the (correct surname, first name, middle name) to 55019 as a text message from the same mobile number used in the registration. to retrieve lost profile code, send (RESEND) to 55019.

3) Exam date
The exam date is scheduled from 9th - 17th March, all candidates are expected to come with the required materials.

4) Subject combination
During the course of registration, a lot of students neglect the subject combination thereby filling the wrong ones, the truth is that no university will admit you if you did not fill your subjects well. If you made a mistake do well to correct them by visiting any JAMB accredited centers

5) It is easier to pass JAMB
It is very easy to pass JAMB if you keep by the rules, make sure your registration is correct, read and prepare, practice JAMB Mock CBT before the examination date
Wish you the best of luck
Posted by Nigerianschoolnews at 03:58 No comments: